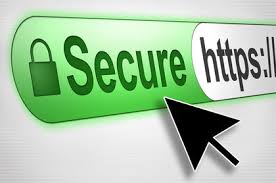 1. “Your computer can be turned on and hacked when you are asleep.” This can happen for three major reasons. The first is that your computer’s internet connection is still active and a hacker has simply infiltrated your firewall and is remotely controlling your computer. The second reason is that your computer has a virus that is automatically telling the computer whether or not it is connected to the internet. Finally, the third reason for this could be that a hacker has a telnet or other connection that is bypassing your firewall through a local network or the internet (the hacker may even be pretending to be on the internet when he is in fact right beside you!) To avoid the first problem, simply disconnect all your internet connections from your computer when you go out or have them automatically disconnect themselves when your computer hibernates or goes to sleep. Please note: When your computer is shut down, virtually all network connections disconnect. However, for absolute protection, I would strongly recommend just unplugging the whole ethernet cord, modem cord, cable cord, DSL cord, T1/T2/T3 cord, or wireless internet cord. I would also recommend allowing no exceptions on your computer’s default firewall (if you have Windows). To avoid the second problem, simply follow the steps to avoid the first problem and if you have already done these, then get a good antivirus system. The free antivirus utilities may work as well, but I wouldn’t take my chances (unless I needed to). Considering that you have followed the steps in avoided the first and second problems, your computer should now be protected against the third problem.

2. “My computer acts funny and pops up lots of ads whenever I try to work on something. Also, my internet browser’s homepage has been changed to something I didn’t pick.” This is a malware problem. Your computer has simply downloaded a bad file/plugin/program that is telling the computer to do these things. I would recommend disconnecting the computer from the internet after downloading the anti-virus and anti-malware program and then running it to see if you can get rid of the problem. If this doesn’t work, I would try deleting it through the Add and Remove programs section in the Windows Control Panel. If not, I would then try deleting the whole internet explorer/mozilla firefox/Google Chrome browser and reinstalling it. To avoid malware in the future, use anti-virus software and visit only websites that you trust. Also, don’t fall for the free smileys, contest giveaways, toolbars, and other software on the internet that may be spam.

3. “My computer is extremely slow and has excessive CPU usage, memory, and network usage”. Please note: if you don’t know how to tell how much CPU, memory, and network usage your computer is using, simply press and hold ctrl and then alt and then del about one second after the other and making sure that in the end you are holding down all three keys. Once task manager opens, see if your computer is using over 20% CPU and 512 MB of memory (in Windows XP) when it is hardly doing anything. Now click on the networking tab of Task Manager and see how much of the network your computer is using. See if this value is over 20% as well. If it is, and you also have a CPU usage level of at least 20% and a memory usage of over 512 MB, you probably have quite a few bad trojan horse viruses on your computer that need to be fixed. Why fix them? First, they are taking up a lot of your computer’s resources and giving nothing in return, and they may also be stealing your private data (such as your credit card numbers and private emails) through keyloggers that record every single letter or number you type on your computer’s keyboard. After that, these keyloggers send that data to someone on the internet who may decide to try to steal your identity and make a lot of money through all of the data you have sent them. To get rid of this problem, disconnect your computer from the internet and get a good anti-virus and spyware program to scan your computer for any keylogger/trojan horse/virus that may be present on the computer.