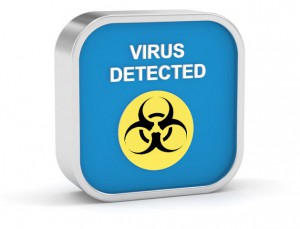 The number of computer viruses are increasing every year. If your computer is running slowly, displaying popup ads or just acting strangely, you probably have some form of malware. Simply installing an anti virus program after the fact will not fix the problem because malware will prevent antivirus programs from removing it. We use specially developed in-house utilities to remove the infestation and get your computer running smoothly. With our in-house utilities we can often remove malware without needing to perform a fresh installation of windows. This saves you from reinstalling all your applications. Once the malware is removed and your computer is repaired we install anti-malware software to protect your computer from future infection.

Malware originated from programmers that wanted to make a name for themselves in the community by exploiting operating system security holes. Around 2002 malware started coming from criminal organizations and has become a multi-billion dollar industry funded by stealing your personal information, trade secrets, and banking information.

How was I infected

Malware can come from many sources including malicious banner ads, spam, infected websites, or “free” applications. Lately I’ve noticed rise in fraudulent Anti Virus programs such as XP Anti virus 2008/2009, MS Anti virus, and AntiSpyware 2008. These fake anti virus programs are frequently downloaded from ad banners claiming to remove nonexistent malware from your computer. Once downloaded it will often hijack the computer and force the user to enter their credit card information.

Most malware programs are designed to be hard to remove. Malware often embeds itself in windows, hiding its files or modifying system files with its own code. This makes it very hard for the average user to remove; special utilities are often required which can unmask the virus allowing for its deletion. Many companies prefer to wipe your computer then remove the infestation, we see it differently. Through years of experience we can remove the infestation without destroying your data. Your data is important; wiping your computer is always a last resort. 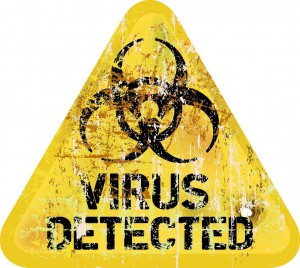